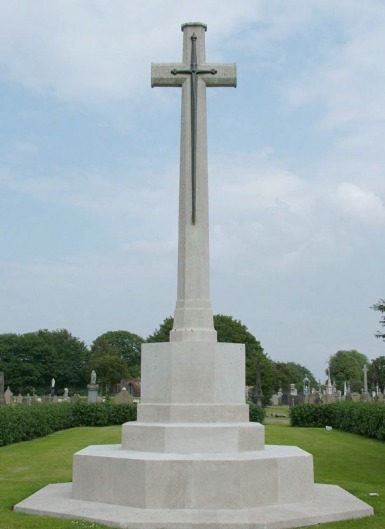 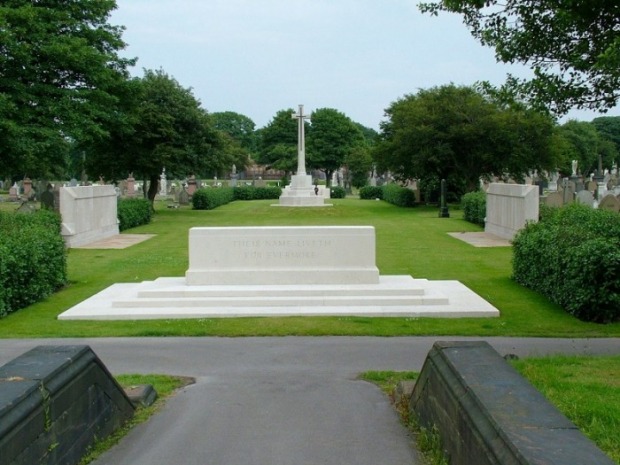 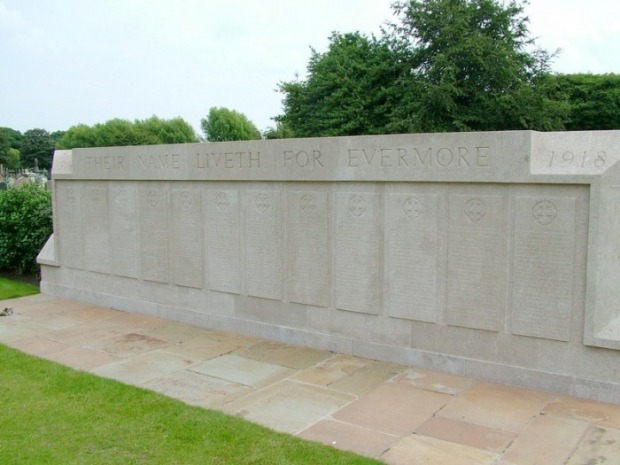 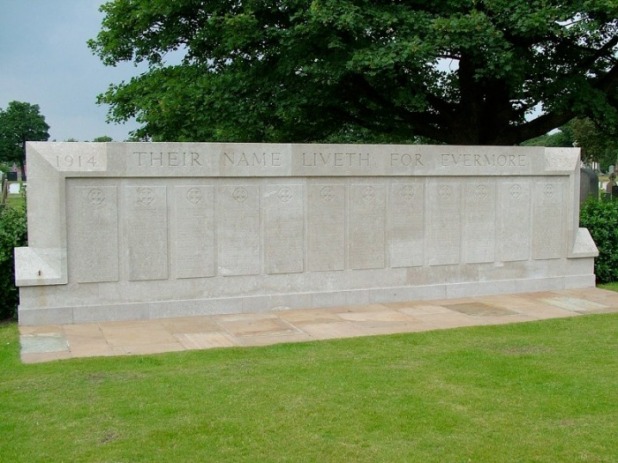 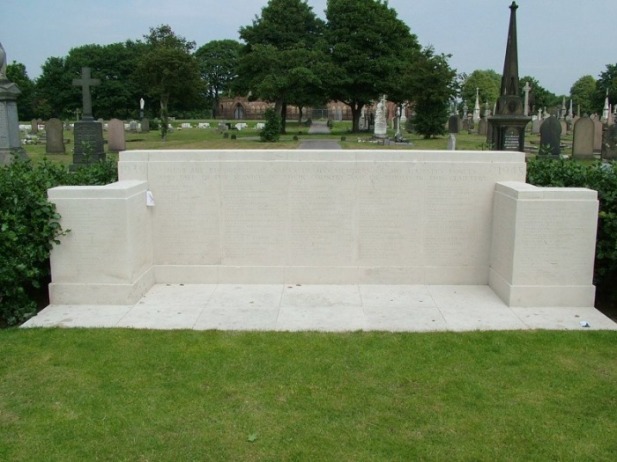 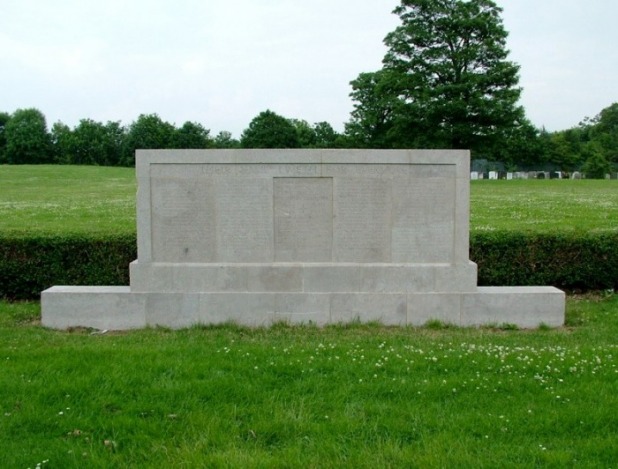 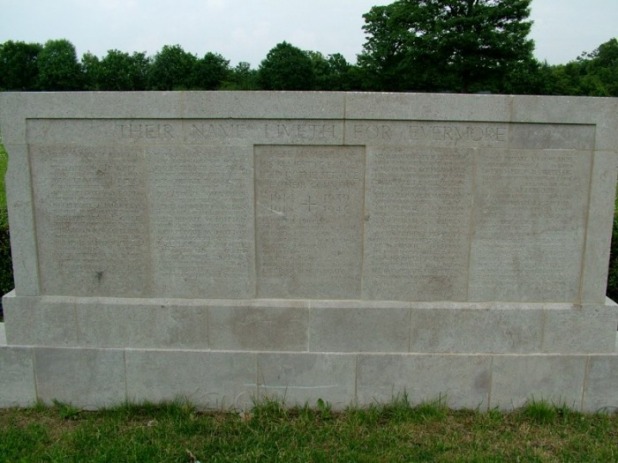 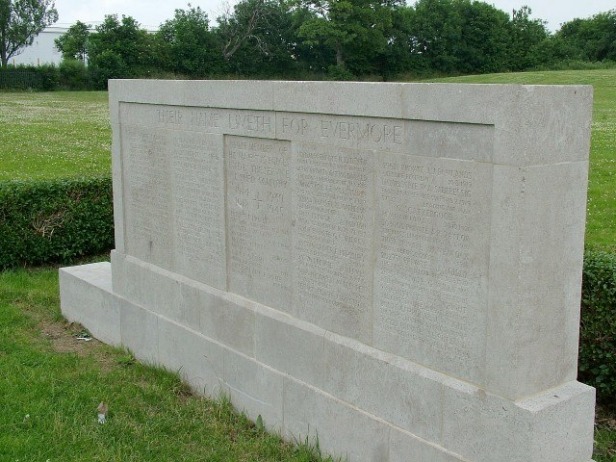 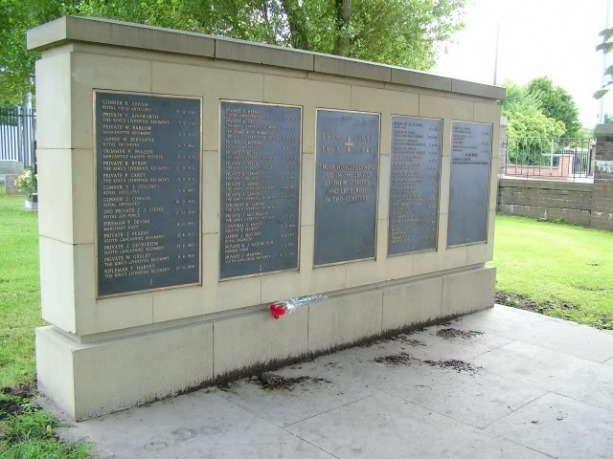 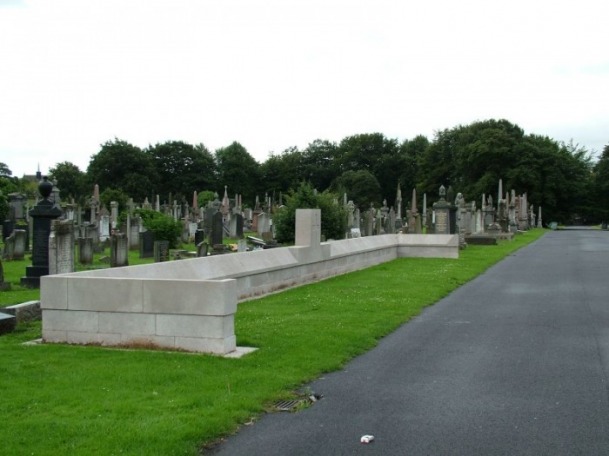 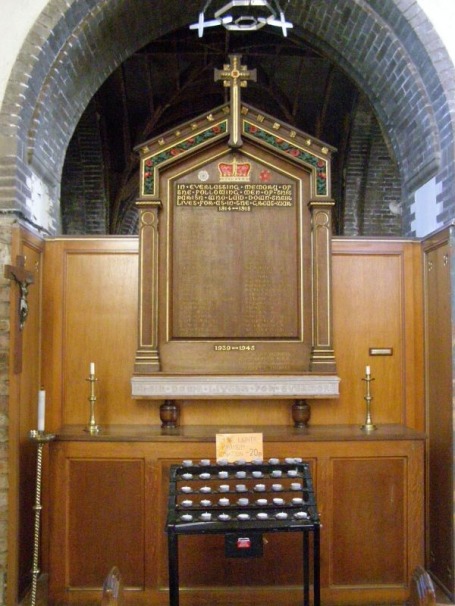 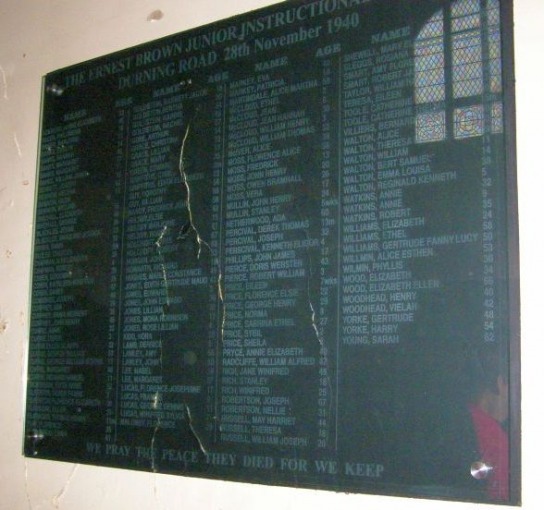 Durning Road WW2 Bombing Memorial To Those That Died In The Air Raid Shelter. Photographed At St Cyprian’s Church, Edge Lane. The Memorial Has Since Been Moved To its new home at Kensington Jumior School. Submitted By Geoffrey Williams. 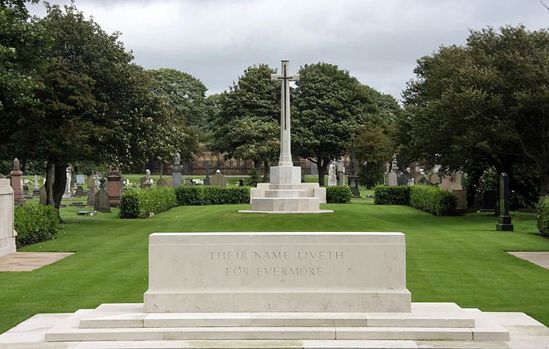 The cross of sacrifice and stone of Remembrance at Anfield cemetery. Photograph courtesy of Steve Bainbridge. 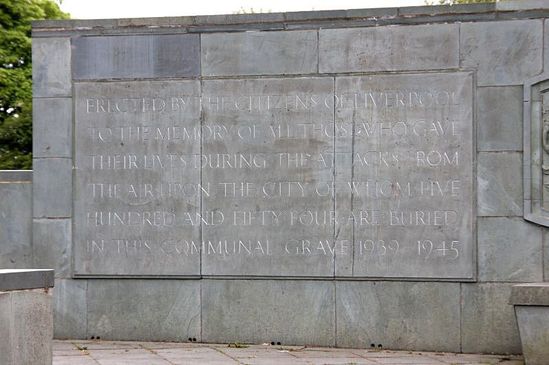 The Blitz memorial at Anfield cemetery and below being refurbished by a workman. Courtesy of Steve Bainbridge. 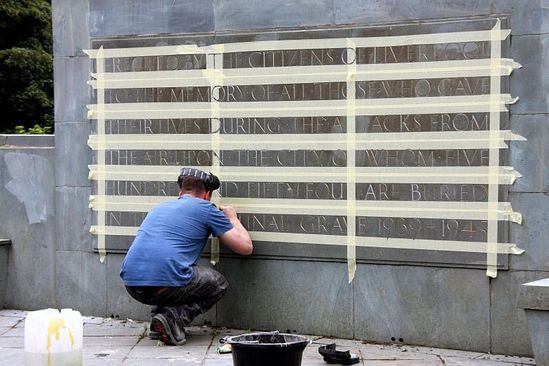