It seemed improbable that 11 year old Ernest had managed to enlist in the army, yet  while no other records could be found we had to consider it was possible. For over 2 years myself and others searched for anything that would confirm or deny the story, in the end it was Karen O'Rourke, Curator of social history at Liverpool museums, who found a document that solved this story.

A shipping record for the ' Magdalena ' shows that she docked in Brest, France on the 27th December 1917 after a voyage from Barbados. On board and disembarking in France were a contingent of the 3rd British West Indies Regiment, among them a Private Ernest Quarless. This record proves that 11 year old Ernest from Liverpool was not the soldier who signed up.

As we will see Ernest served during WW2 and was involved in one of the biggest events of the war. He has become  popular among Liverpool historians and forums, and although now proven he did not serve as a boy during WW1, his story and that of his family, remains a remarkable read that should be preserved for our future generations.

Ernest Arthur Quarless was born in Liverpool on 9 October 1905 to John Isiah Quarless & Elizabeth (Lawrence). John was a seaman who was born in Bridgetown, Barbados, Elizabeth was the daughter of a Jamaican sailor, her mother Alice kept a boarding house in Liverpool.

In 1899 John and Elizabeth were living with their newborn daughter Alice at 18 Upper Pitt Street, Liverpool, then in the 1901 census, they are living with young Alice at 2 Newton Street ( off Windsor Street ) in Liverpool. John is listed as a Cook and Steward on the seas. In the 1911 census the family have moved to 13 Kent Street ( off Duke Street ) in Liverpool. John is away at sea, Elizabeth is listed along with the following children, Alice 11, Eleanor 7, Ernest 5, John 3, Harry 1. Sadly another child Walter Barnes died in infancy in 1902, and their daughter Eleanor passed away in 1917 aged 14. 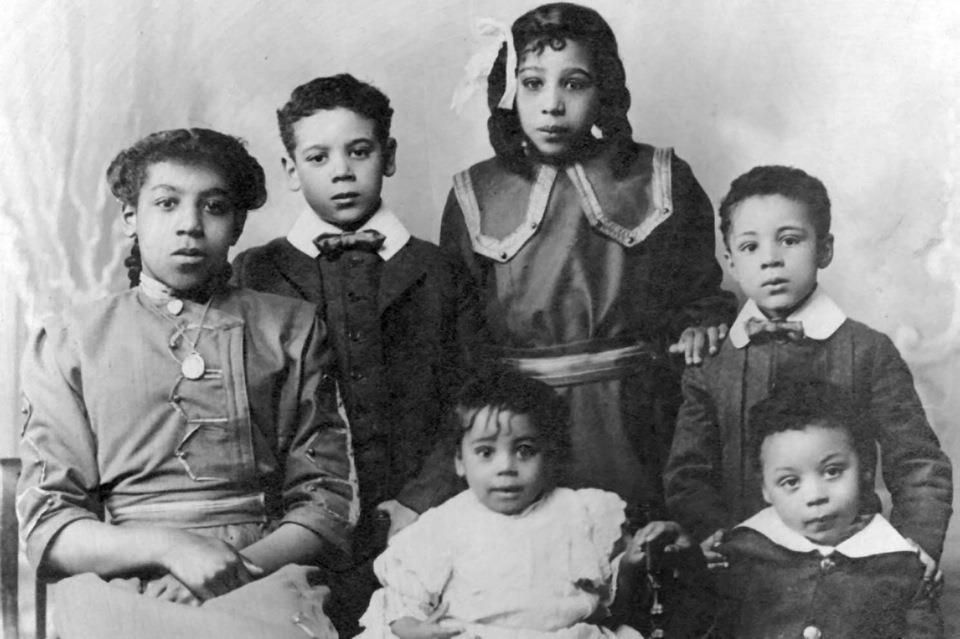 This family photograph shows Ernest with his siblings. The baby in the front is Charlie, then from left to right Alice, Ernest, Eleanor, John and Harry. The photo was taken around 1913, probably at Jerome's on London Road.

Before we continue with the story of Ernest we shall take a look at his parents. John Isiah Quarless and Elizabeth Lawrence married at St Michael's in the city Church in Toxteth, Liverpool  on 11 August 1898. John was born in Bridgetown, Barbados on 1st January 1875. John's parents were  John Henry Quarless and Mary Rosetta Prescott, and they may have been born into slavery, John's grandparents probably were.

People with the name Quarless are directly decended from slaves. The name originates from Quarles's, one of the Quarles slaves. Quarles being a wealthy South Carolina family with plantations all over the West Indies. Slaves were only given first names, their surname was that of their owner. John Isiah's close relatives were certainly slaves. Slavery was only abolished in Barbados in 1834, just 40 years before John was born. It is possible that John Isiah was the son of emancipated slaves, and  highly likely that he was the grandson of emancipated slaves.

Census records show John worked as a Merchant Seaman, this work would have brought him to Liverpool where he would meet Elizabeth and they would raise their family. Two Merchant Seaman cards survive for John, and one contains his photograph below. 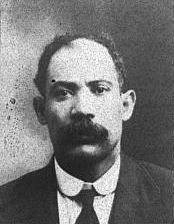 This photo of John is from a Merchant Navy card dated 26/08/1919, so he would have been aged about 44. Another card dated November 1924 appears to be a discharge card, it lists John as being 5 foot 8 inches tall, with Black eyes and Brown hair. It also notes that John has a tattoo of a woman's head on his left arm. On both card he is ranked as a Chief Steward.

Elizabeth Lawrence was born in Liverpool around 1880. Her parents were Abraham Lawrence and Alice Jones, who married in Liverpool in 1870. Abraham was born in Jamaica around about 1847, he is listed at times as a Seaman, he passed away aged 67 in Liverpool in 1914. On census returns both Abraham and Alice are listed as boarding house keepers, in 1901 they are listed as Housekeepers at 18 and 20 Upper Pitt Street, Liverpool ( John and Elizabeth Quarless had lived here in 1899 )  they also kept houses in Kent Street. 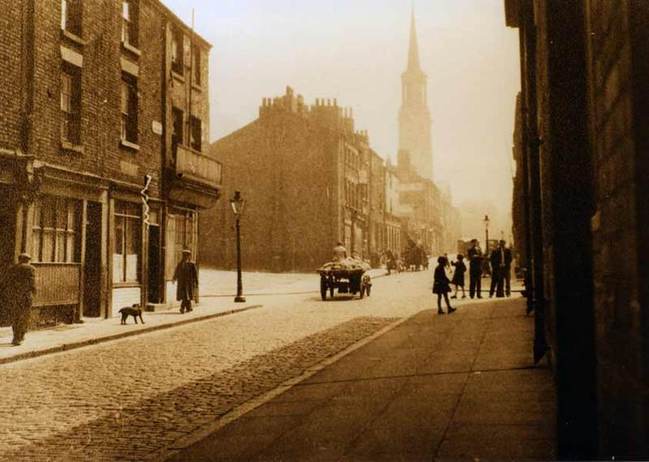 Kent street Liverpool. This is how it would have looked to John and Elizabeth Quarless and their children. 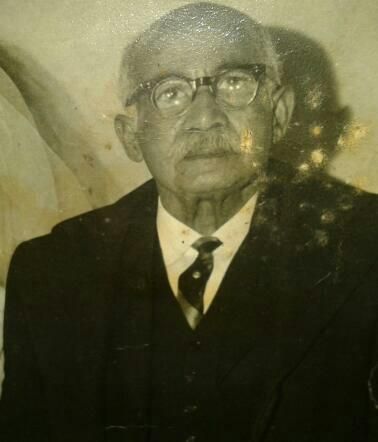 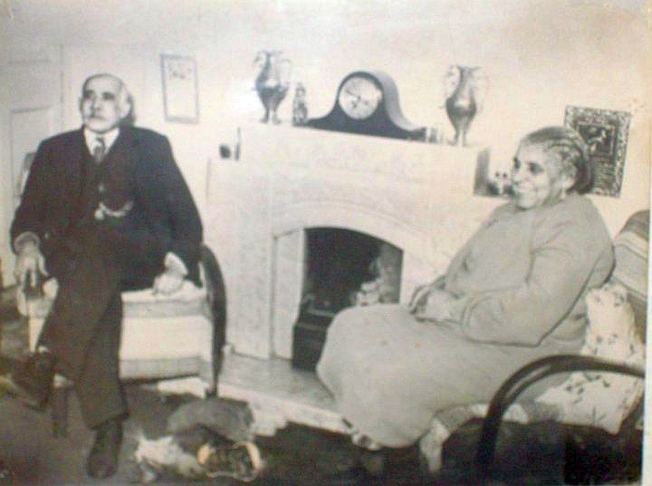 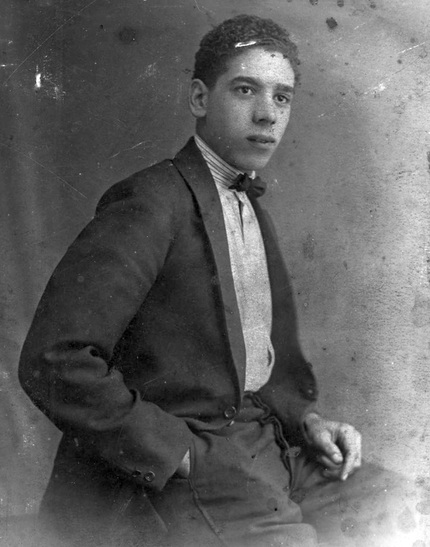 Ernest photographed as a young man.

Ernest was educated at Winsor CP school, in Upper Hill Street, a school record notes him being listed there at the start of the academic year in august 1916, he later joined the Merchant Navy as a cook, working for the Union Castle Line. In 1941 he married Evelyn Sharp in Liverpool, they has 3 children together. In WW2 Ernest was sailing on dangerous convoys, moving goods and troops. He is listed on a 1943 crew list for the Union Castle Line ship ' STIRLING CASTLE '  Ernest Arthur Quarless, Assistant ships cook., height 5 feet 11, weight 182 pounds, sailed 26 April 1943 from Liverpool to New York. 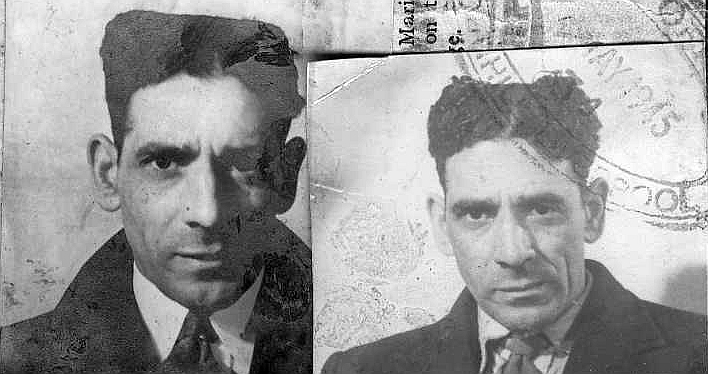 From his Merchant Navy log book we can see that Ernest for sailed on 8 December 1923 aboard the  MOROCCO to Alexandria, Egypt. He then joined the FORDEFJORD on 16 August 1924, making trips to Africa. On 6 October 1925 he joins the ASHANTIAN, again sailing to and from Africa. He sails with the GRANGEPARK on 22 March 1927, visiting New Zealand, Australia and India. Ernest joins the ELDONPARK on 28 June 1928, the destinations are listed as Foreign and Africa, he stays with this ship till December 1933. Over the next few years he has spells serving on board the following ships, BEECHPARK, BARRHILL, and the S.S. EGORI, again Foreign and Africa are the destinations. On 12 June 1938 Ernest joins the S.S HOLMPARK, he stays with this ship until 21 April 1939, after this he returns to Liverpool. WW2 was 5 months away.

In Liverpool Ernest married Evelyn Sharpe in 1941, and they set up home in Watford Road, Anfield, Liverpool, the couple had 3 children, George, Anita and Reva.The war is raging and Ernest would have been fully aware of the dangers of the sea, yet he returned to the Merchant Navy on 2 June 1942, when he signed up for the STIRLING CASTLE. He sailed from Liverpool on 20 June 1942 for Freetown, Sierra Leone, arriving on 2 July, from here it was on to Durban, South Africa. On leaving Durban the ship had an escort to Mauritius, before going to Melbourne, Australia, then to Auckland, New Zealand, and on to Balboa, Panama. Ernest and the Stiling Castle then left Cristobal, Panama for Halifax ( probably Nova Scotia, Canada ) and from here they sailed for Liverpool, arriving here on 7 October 1942. 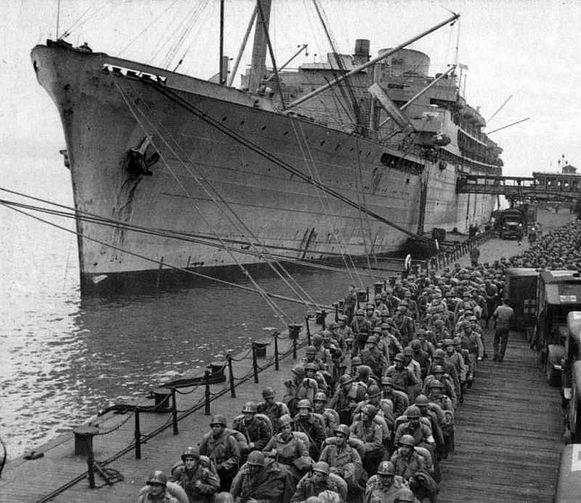 One of the ships that Ernest sailed on ' Stirling Castle ' Seen here offloading troops, Ernest may have been aboard when this photo was taken?

Ernest had been away from his family for 4 months when he returned on 7 October 1942, he then resigned aboard the Stirling Castle and sailed for Durban, South Africa on 29 October 1942. We can only imagine what fears Evelyn felt while her husband was at sea during wartime. From Durban Ernest sailed to Bombay, India, back to Durban, then on to New Your, USA. Form New York the ship sailed to Liverpool, docking on 19 February 1942, Ernest was home once more.

Again resigning with the Stirling Castle, Ernest departs Liverpool on 16 March 1943 for New York. They then sail along to Hampton Roads, Virginia, before leaving the USA and heading to Casablanca, Morocco. Ernest next docks in Oran, Algeria, before sailing across to Gibraltar, from here the Stirling Castle returns to Liverpool, arriving on 2 May 1943.

On 17 May 1943, Ernest is back on board, and they sail to the Clyde, Scotland, before heading off to Oran, Algeria, on to Gibraltar, then down to Dakar, Senegal. Next they head down South Africa, stopping at Freetown and Capetown, before sailing to Bombay, India. The ship returns to South Africa for its next stop in Durban, then they head back to Bombay. Their next port of call is Aden, Yemen, from where they head along the Suez on their way to Port Said, Egypt. From Egypt the ship sails to Algiers, before making another crossing to New York, then sailing back to Liverpool where they arrived on 15 December 1943. Ernest had been away for 7 months on this trip, he now signs off the Stirling Castle and spends a little time at home with his family.

Ernest returned to the seas when he signed up on 23 March 1944 with the LLANGIBBY CASTLE, a former passenger liner that had been converted into a landing ship. Ernest's ship book lists his port of call as " Special operation for the liberation of Europe " Ernest and the Llangibby Castle were moving troops around the Meditteranean during this very dangerous time. On 6 June 1944 they took part in the Normandy landings, carrying Canadian troops to Juno Beach, where 10 of the ships 18 landing craft were lost during the first wave, this left them with only 8 landing craft to deploy the second wave of men, they managed to do it before heading to Southampton. Later they landed troops on Omaha beach and utah beach and also  at Le Havre. They had practiced for D-Day at Bracklesham Bay in West Sussez. So Ernest was in the thick of the madness during the Normandy Landings, the ship survived and Ernest signed off when they docked in Southampton on 29 August 1944. Did Ernest see something on this last trip? did he witness the horrors of the Normandy landings? Did he realize just how bad the dangers had become and wonder what his family would do if he was killed? Something in Ernest had changed, for when his ship docked in Southampton, he resigned and returned home, his Merchant Navy career was over. 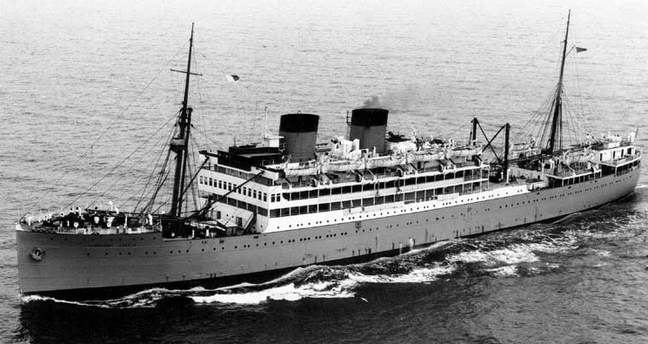 The Llangibby Castle, Ernest was aboard he at the D-Day Landings.

Ernest was awarded the following medals for his service during WW2, 1939-1945 Star, Atlantic Star, Africa Star, Pacific Star, Italy Star and two Clasp, one each for the Burma Star and France & Germany Star.

After the war Ernest returned home and found a job on the Docks as a labourer where he stayed until he retired. After retirement he helped run the local pensioners club. On 14th May 1988 Ernest passed away in Liverpool aged 82. 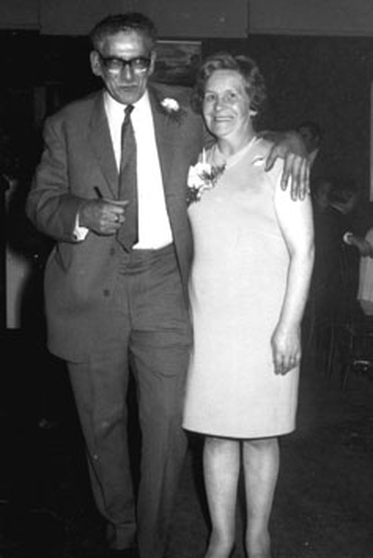 I would like to thank the Quarless family for their help with this webpage, and for allowing family information and photographs to be shown here. Ernest's children Anita, Reva and George, Ray and Stan for the many emails we have exchanged.

Thanks also the the members of the My Liverpool forum who have been on a records search frenzy to help with info, and friends and the members of other forums who I have asked for help.

But most of all, Thank You Ernest. Thank you for your wonderful story.